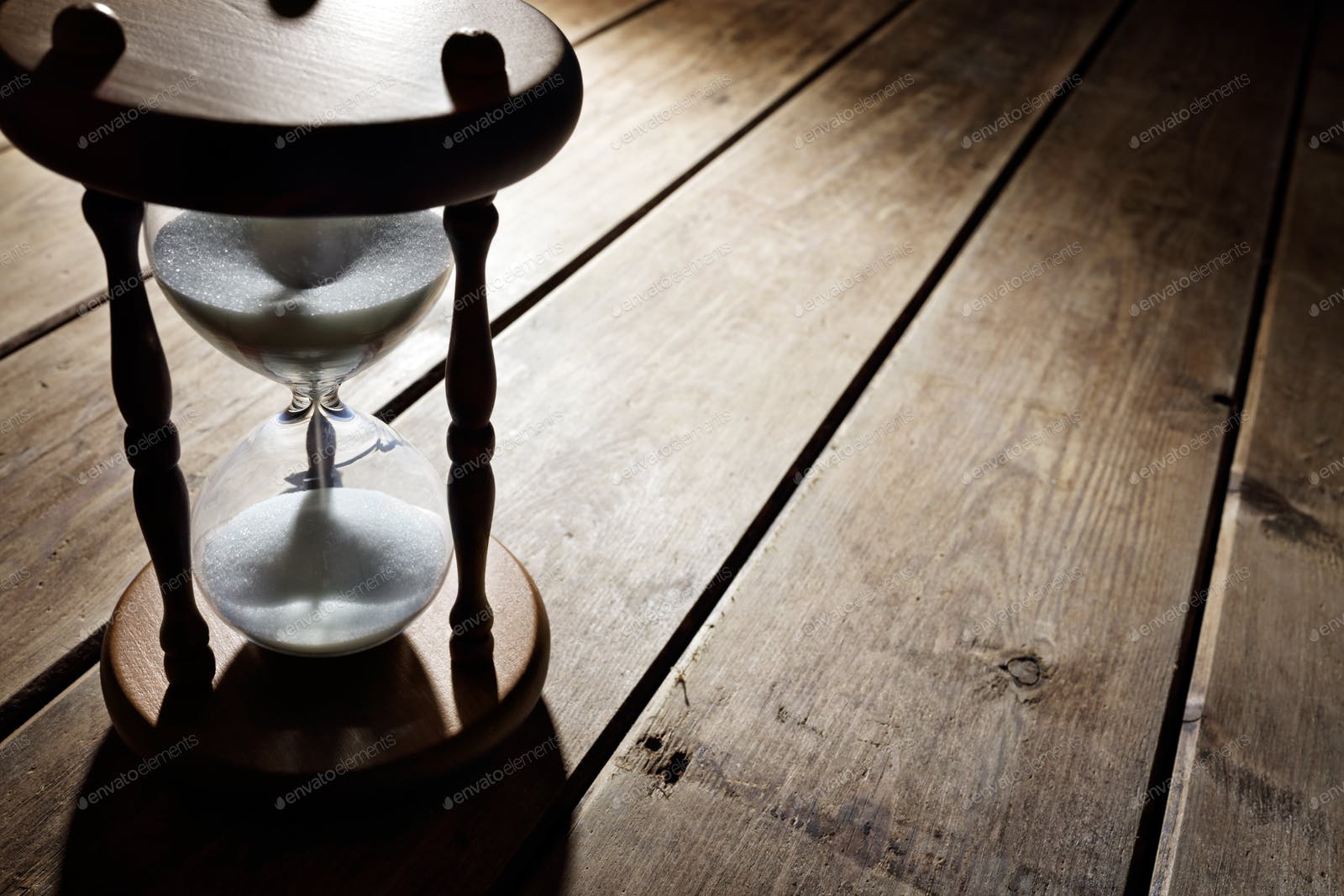 “Time and Patience are our assets right now.”

In our 1Q2020 quarterly, we described how “TIME and PATIENCE will be one of the more valuable ASSET CLASSES moving forward”.

It has been our goal since opening our doors to separate the “noise” from true economic data in an effort to educate investors and to help them make better decisions. We are also making a point, during the current part of the cycle, to make you aware of the smoke and mirrors tactics being played by the Federal Reserve and Treasury Secretary Mnuchin. They have launched a full scale coordinated marketing campaign designed to promote “confidence” to the American population that our financial system, at its core, is sound. I take zero pleasure in suggesting it is not.

Most investors understand the “unemployment” story … We’ve harped on it now for months. But most people are not aware of how long state unemployment benefits last. The answer is, typically, 26 weeks. (6 states provide fewer while one provides more.)

Now ask yourselves when was the initial explosion in initial jobless claims? BRACE YOURSELF!

On March 20th, ROUGHLY 26 WEEKS AGO … over 3.307 million jobless claims were filed. SO, any of those 3.3 million workers who have not yet been rehired or found a replacement job will, as of this week, lose their state unemployment benefits leaving most of those with NO INCOME.

This is evident from the most recent Department of Labor initial claims report (as of 9/24/2020). Last week, more than 29.7 MILLION workers had been on some form of government assistance (including emergency federal assistance) … today’s report shows that number to be just north of 26 MILLION. While we can’t draw a straight line suggesting this accounts for all 3.7 million workers, the reality is that many have simply exhausted all forms of government assistance.

We are still seeing over 850,000 new job losses every week. For comparative purposes, on March 28th, 2009, during the depths of the Great Financial Crisis, unemployment hit the high-water mark of this pain point, with 665k claims being filed. Do you remember how many people lost their homes, their livelihood, their savings during the GFC? Multiply that by a large factor to anticipate the pain coming down the road to millions of American households during the current crisis.

Given the sheer VOLUME of job losses and the horrible pace at which they were lost in March and April, we’re about to see a wave of unemployment benefits cease to flow into these households.

It’s difficult keep emotion out of this conversation.

For those who are inspecting the above figures and pointing out that those are initial claims and wondering how many of them must surely have already found other jobs, the increase in permanent unemployed shows no sign of slowing.

And for those who are thinking that those lost jobs are merely waiters and retail clerks, arguing that it is COVID-driven and won’t affect the larger economy, the wave of layoffs is now bleeding into “white collar” higher income earning workers. Raytheon ($RTX) recently announced 15,000 layoffs. These cuts will hit numerous areas from corporate office, Pratt & Whitney and Collins Aerospace. Citigroup will resume layoffs along with Kraft Heinz, Dell and more.

ALL OF THESE PEOPLE HAVE PAYMENTS TO MAKE

All of these millions of households have some combination of living expenses, mortgages, rent payments, car loans, and student loans. Many of these obligations have been deferred by various forbearance programs, but the loans don’t go away. They need to be brought up to date at a certain time, often accompanied by a “balloon” payment (all principal and interest that has been delayed in a single payment). For many of these loans, that time will occur over the next few weeks.  At a time when there will be no cash flow to make those payments.

Danielle DiMartino Booth of Quill Intelligence recently took to twitter noting, “7% of mortgages are in forbearance and 15% of FHA mortgages are delinquent” – these are not trivial numbers.

BUT HOW DOES THAT AFFECT THE CORPORATE WORLD?

Over $7 trillion plus has been provided to the economy via some form of “stimulus” and equity markets are flat to down year to date… But outside of earnings increases from a handful of companies which have benefitted from the new WFH (Work From Home) migration, we’re staring at flat to negative growth for the majority of listed companies.

US debt issuance has exploded for those with access to credit markets (i.e. that which the Fed can get away with backstopping), reaching a historic high with 4 months left in 2020. If you recall, our belief dating back years has pointed to a crisis BEGINNING with a debt/leverage/credit quality problem. This problem began well before COVID and continues to worsen.

So, it might appear on the surface as though corporate America has plenty of access to credit, and can weather this downturn. But the above data is for the BIG corporates. While the Home Depots and Walmarts of the world will survive, hundreds of thousands of small businesses were forced shut by the COVID lockdowns, crushing the “Heartbeat of America”. Small businesses have no access to credit.

Yes, the Fed set up its “Main Street Lending Program”, but any loans to main street business are created by banks, and the banks are NOT lending to smaller companies.

All of which speaks to the message we’ve attempted to drive home for some time now; “liquidity doesn’t solve for insolvency”.

The wave of bankruptcies is beginning. As investment firm Jeffries recently noted, bankruptcy filings of companies with liabilities greater than $500 billion dollars has surged by more than 120% YoY including 34 filings during May and June. The numbers for main street businesses are just starting to come in.

The political polarization has never been more stark in my lifetime. I’ve witnessed lifelong friends stop speaking over recent current events, and those within the walls of Washington refuse to work with the other side, taking a hardline US vs. THEM approach. With talks regarding a new stimulus package at a standstill, the passing of Ruth Bader Ginsburg has thrown kerosene on the already burning dumpster fire that is Washington.

Struggling Americans are increasingly aware of the government’s dysfunctionality. They are realizing that the politicians are placing less priority on the food on their table than on the appointment of a Supreme Court justice and all of the political jockeying associated with it by both parties.

It is very unlikely that we will see any further relief from Washington before 2021.

Patience – Sometimes the Best Decision is to Wait

Without another trillion-dollar stimulus deal, the probability of the dollar weakness in the immediate future has decreased. In the world of Macroeconomics, if you get the dollar right, there is a greater chance that you get a lot of other things right, given the direct and inverse correlations that other asset classes have with it. We believe price action in the dollar is telling investors something; in our opinion, it’s definitely more noteworthy than the typical narrative sold by most who don’t understand the dollar’s importance and its dynamic correlation to other asset classes.

MORE stimulus is necessary, but its arrival seems uncertain. If and when we get it, it will likely pressure the dollar and be inflationary to commodities as well as equity asset prices, though, just as markets are screaming for MORE a mere 6 months into the largest V recovery bailout in history, it too would be transitory in nature. As an aside, can you call something a “V” recovery if continuous support is required to maintain it?! This is why our patience has focused on sustainability.

Lack of stimulus will reduce consumer spending, further hurting GDP; it will also reduce the odds of banks collecting on all of the loans which remain in forbearance. We may be taking the dollar off the bench very soon; adjusting our positioning for such a move.

There is a lot of uncertainty over the next few months. With roughly 40 days until the election, many believe that the current administration will do anything to keep the equity markets elevated. However, with no further fiscal help from Congress, it is becoming an open question whether the Fed is running out of ammunition. Even with all the stimulus thrown recently at the markets, the Fed has been unable to quell volatility or reduce high-yield spreads.

This, while banks are tightening lending standards, making the availability to credit increasingly difficult at the same time that many of those unemployed past 26 weeks are being removed from state unemployment benefits. Corporate balance sheets are weakening and rolling bankruptcies are accelerating… and Washington is a mess.

The past few weeks we had reduced our equity exposure, taking down tech, commodity, rare earths, even silver & gold miner positions …

Patience is not an easy discipline to hold when markets are trading irrationally, though it is most often the right thing to do.

Please consider this food for thought as we head to next month’s quarterly… Every topic I began writing about this month, bled into the next… The Fed, policy response, the election, market structure, INFLATION/DEFLATION … all of it. We’ll share fresh thoughts as well as expand on some of the above discussion. Everything is not as it seems on the surface. Sit tight … keep your emotions in check … if you think 2020 has been crazy to date, you ain’t seen nothing yet!