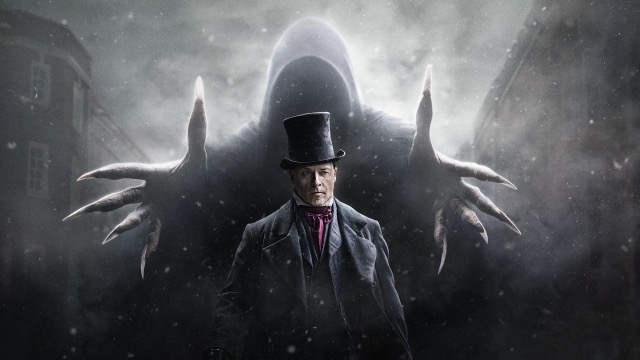 THE EPOCH OF INCREDULITY

Epoch: a period of time in history or a person’s life, typically one marked by notable events or particular characteristics.

Incredulity: the state of being unwilling or unable to believe something.

Many readers may be unfamiliar with the origin of this note’s title even though the odds are high that most readers will recognize a more frequently cited quote from the same Charles Dickens excerpt.

Today’s title comes from a literary classic, A Tale of Two Cities written by Charles Dickens, published in 1859. With every reading, I can’t help but think these words were written today, describing current times. With each passing day comes another notable event leaving many of us with our jaws dropped in disbelief.

While the entirety of this quote is relatable to current times, there is a reason that our focus of attention landed the phrase in our title the top billing over the more recognizable and memorable lead phrase.

It would be obtuse for us to believe Dickens wrote what he did without observing for himself what he considered to be the Epoch of “belief” or “incredulity” of his time (what all of us can observe now). For me, over the course of my recallable lifetime, my 25-year professional career, it is my opinion that we have entered into a period in which belief or a suspension of belief has never been more polarizing… Observing all facets of life, whether it be politics, COVID, family values, finance; I often wonder if I’m living in a Dickens rewrite.

The underlying meaning, metaphors and parallels are truly endless… the 500 wealthiest individuals of the world added a record breaking $1.8 Trillion dollars to their combined net worth throughout 2020. As of December’s close, Bloomberg’s Billionaire index had risen by 31% to an eye popping $7.6 Trillion dollars. For a miniscule fraction of the top “1%”, 2020 was indeed, the best of times.

In stark contrast, the vast majority of our country has experienced significant pain, anguish, mental strife, loss, and hopelessness; to the majority, it was the worst of times …. let’s briefly review:

The Worst of Times – Job Losses in numbers:

The Worst of Times – Devastation of Small Business:

The Worst of Times – Living Hand to Mouth:

We always encourage you to do your own research, while we could provide countless more examples of the above, we don’t find it productive lamenting the hardship of millions, you get the picture;

The worst of times, indeed…

Meanwhile, with the world virtually shut down and consumers confined to their homes, unemployed, hungry, and hopeless, the wealthy class is doing all right for itself. Businesses large enough to be deemed “essential” with access to capital markets shattered records in 2020. There are just too many examples of excess to include in this note, but the following gives a taste:

A SPAC, for those who don’t know, is an investment vehicle created for the sole purpose of raising capital to acquire other businesses. These are literally businesses with NO business, yet money is being thrown at them with reckless abandon. SPAC investors are “betting” on the management team’s ability to capitalize on market dislocations, acquiring existing companies at discounted valuations. This leaves us with a comment and a question.

Comment: While some SPAC management teams may be all-star caliber, the vast majority are poor at best. Should you doubt this comment, we ask you consider the root issue behind the enormous number of zombie companies that currently exist today (hint: think poor management).

Question: If traditional fundamental valuations are currently sky high, does anyone honestly think the majority of these new SPACs will be purchasing assets at discounts?

Did someone say sky-high valuations?

The Best of Times – Obscene Valuations: Recently Octavio (Tavi) Costa @TaviCosta of Crescat Capital, LLC organized many of the old school fundamental valuation metrics conveniently in a one simple chart.

And of course, there is the “Buffet Indicator”, (Market cap to GDP) which is one of the most cited “valuation metrics” of them all, passing through 191% – SKY-HIGH.

There is nothing more that can be said about these numbers.

The best of times, indeed…

Now let’s talk debt for a brief moment. Debt swelled in 2020, with US corporate bond issuance exploding by 54% for IG (Investment Grade) paper to a record $2.014 trillion, while high-yield advanced 30% to a record $570 billion, Per Moody’s Analytics.

You’ll note below how, in previous recessions, leverage came DOWN… If we extend the duration of this graph, you’d see that deleveraging ALWAYS occurs during and immediately after recessions – corporations pay down debt, and companies go bankrupt. Do you notice something different about the current epoch?

Shifting to federal government debt, again, do you notice something different about the current epoch?

Valuations have become even more disconnected from reality … excessively high volatility with significant spikes will persist.

The Best of Times, The Worst of Times …… The End of Times?

Dickens wrote yet another story that remains a classic to this day …In fact, many read and/or watch it around the same time every year! In this story,three ghosts attempt to open the eyes of a wealthy miser by showing him the error of his ways over the course of his lifetime; what he chose to place value on vs. that which was true value.

The ghost of Christmas past reminds the obnoxiously stubborn and blind lead character that early on in his life, he chose to cast away that which makes life worth living: compassion, joy, love, humanity.

Next, the ghost of Christmas present asks the old man to consider how his obtuse thinking has affected those few individuals still loyal to him, in spite of the pain he has blindly inflicted upon them.

Finally, the ghost of Christmas yet to come reveals what the future holds should the crotchety old man fail to recognize and alter his ways … We all know how this Dickens classic, A Christmas Carol, ends.

For years, we’ve educated readers on things yet to come in financial markets. While we haven’t nailed the exact timing perfectly, we’ve been pretty damned accurate (see archives: we’ve archived what we legally can) unquestionably better than most PhD economists. We have been consistent, and we are firm in our convictions – we believe that there is an enormous disconnect between today’s market and traditional valuation metrics, which has been created by two factors:

Do I think we’re staring at The End of Times? No, at least not yet! I don’t even believe we’ve seen peak Epoch of Incredulity either. The current disconnect in everything from common sense perspective to traditional fundamental valuation metrics will get exponentially worse.

For decades Wall Street has shoved the typical DCF (Discounted Cash Flow) model down investors’ throats: “an equity is worth the Net Present Value of all future cash flows”, or “markets are efficient”. Then they attempt to justify the below as normal:

We’ve seen the incredulous Tesla figures before, but let’s review:

Is TSLA a symptom of the Epoch of Incredulity?

This IS NOT your grandmother’s market anymore…

“You know in your heart of hearts you have never taken this level of risk, and you never thought you would” Legendary Investor, Jeremy Grantham – January 22, 2021; Bloomberg TV

The problem is, most investors don’t appreciate how much risk they are taking, even after two of the fastest drawdowns in history having taken place in the last 2 years.

We strive to allow our winners to run while cutting losers before they become problematic, in being a good steward of capital, we also need to be opportunistic. Currently, both risk and volatility in markets are at levels not seen since the tech bubble of the late 90’s. In some instances, no one has EVER seen such volatility; and it’s providing us with opportunities to profit while managing risk and strategically trading around some of our core positions at the same time. For example, the recent moves in Silver handed us 35% and 28.7% gains in two trading sessions in our SILV and SVM positions but gave the majority of it back on the third. Had we not actively managed and sold the majority of our positions into the move; zero progress would have been realized.

While the disconnects from fundamentals are getting larger, measuring and mapping the ROC (Rate of Change) data is becoming increasingly useful. The next couple of quarters are likely to show both growth and inflation accelerating at the same time. Additionally, with the election behind us, the risk of exogenous shock has decreased (for the moment). These factors allowed us to get more aggressive into the most recent sell off.

At some point, economic gravity will pull this market back to earth, just as in every bubble through history. Tragically, the vast majority will suffer heavy losses if they focus solely on daily price action, yet fail to have a process in place to protects their downside. The probability of decelerating growth rises again heading into 3Q2021. Those looking to “front run” this economic data will begin setting up their portfolios for this prior to the close of Q2. We’ll be aggressively watching for the pivot, but until then we will actively manage for profit.

By traditional measures, 2020 was a challenging and extremely frustrating year for us. Having dramatically outperformed the majority of asset managers during the fastest and one of the largest drawdowns in history, we absolutely maintained our promise of a disciplined downside approach to protect against catastrophic loss. But protecting our downside isn’t where it ends; it was the failure to capture upside that nags at us — the failure to believe that a market with such a large portion of insolvent companies could continue rising as obnoxiously as it has, given the unbelievable number of businesses closing, the massive unemployment, and the food lines backed up for miles.

Did someone say insolvent companies?!

The daily goal is to preserve and grow wealth, vigilantly and proactively protecting against drawdowns. We did that, at the worst of 2020, we were down roughly $90k on every million (~9%) while most were down between $250-500k (25-50%) on that same million. Being more prudent during a once in a lifetime event isn’t something we run away from, we’re comfortable in capturing our upside over time.

We feel it important to remind readers that we look to accomplish our goals with our portfolios that don’t always “track” the broader indices. Not all performance comes on the quarters end. As we’ve stated before, if your goal is performance correlated directly to an index, an SPY ETF will serve you well … We’d caution you and suggest you do some significant research to understand current market structure and the dynamics driving it; how that might adversely affect you moving forward, but that’s what makes markets.

As discussed above, we’ve gotten more aggressive and the outperformance is notable, while still managing our risk more prudently. Patience and Prudence are our best asset, we believed that a year ago, we continue to believe it today. Our debt problems haven’t disappeared, they’ve gotten worse. Is “The End of Times” upon us? As I said above, not just yet, but you best keep your eyes open for RISK happens fast.

When properly managed, we can see the season of light; over darkness… and the spring of hope; over the winter of despair… Keep the capital preservation strategies in place — NO ONE knows when the system will reach the crescendo of incredulity.

We’ll continue focus on managing our risk, seeking out asymmetrical risk reward set ups, letting our winners run while cutting our losers before they become problematic. We remain firm in our process and discipline.

As always, we’re happy to discuss our market thoughts along with these strategies and more, never hesitate to reach out with any questions or concerns. Thank you for your continued trust and support!